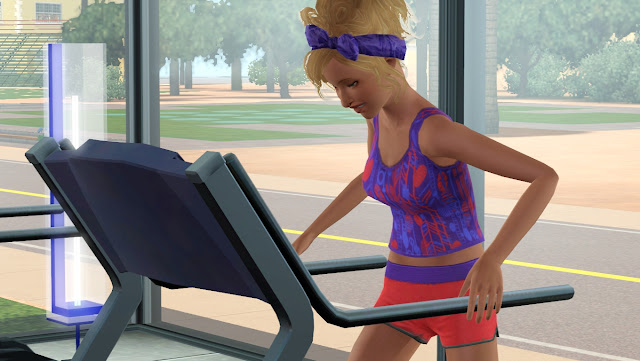 Every afternoon after her homework is done, Tailyn heads to the local gym to exercise. Something about the the pain coursing through her legs makes her feel calm. She loves her family dearly, but the ruckus at home gets a little overwhelming from time to time. Hanging out with her sister is a lot of fun, but when Abella is at her easel, there's no getting through to her. 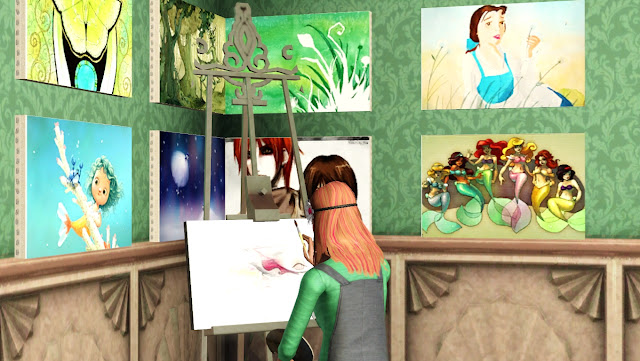 When Abella isn't out and about with her new friends, she's holed up in her room with her easel. Becoming a teen hasn't changed her hopes and dreams of becoming a famous artist someday and her brush strokes are becoming more refined each and every day. Painting everything from serene nature scenes to cute little cartoons, her interests are far and wide. 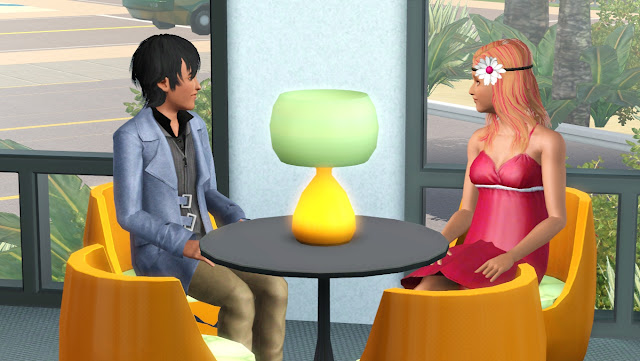 Besides painting and hanging out with her sister, Abella loves hanging out with her best friend Derek. The two love to frequent the local coffee shops over lunch and share good-natured jokes. While she's debatably the most popular girl in school, Abella never has anything bad to say about anyone and her friends share her viewpoints. 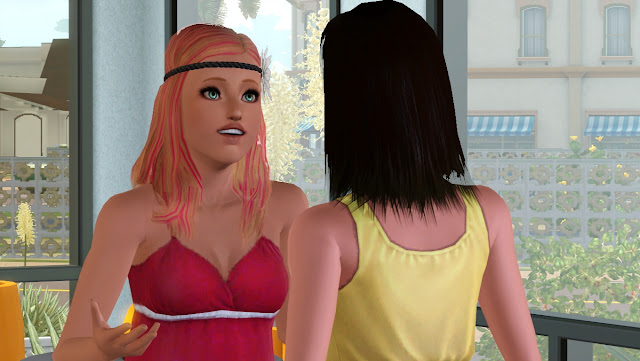 Their friend Melody sometimes stops by as well to catch up on the latest gossip before heading to work. Abella and Derek are no couple, but their closeness sometimes makes Melody feel like the third wheel so they try their best to include her whenever they can. 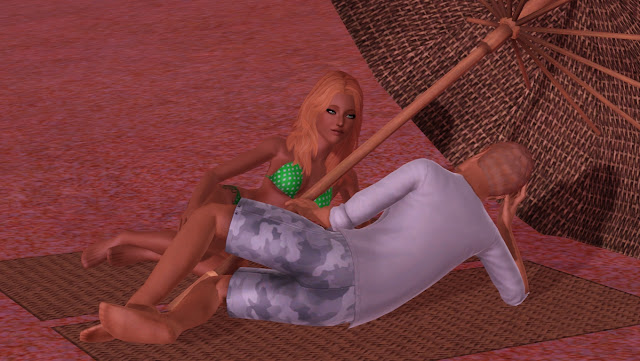 It's one of these nights when Tailyn is home alone that she gets a phone call from the star of her high school football team. Trying to hide her excitement, she agrees to meet up at the beach and the two spend the waning daylight hours swimming and talking. While not into sports herself, Tailyn does share Nickolas' love of keeping in shape and they have fun comparing their work out routines until the chill of the desert night starts to settle in. 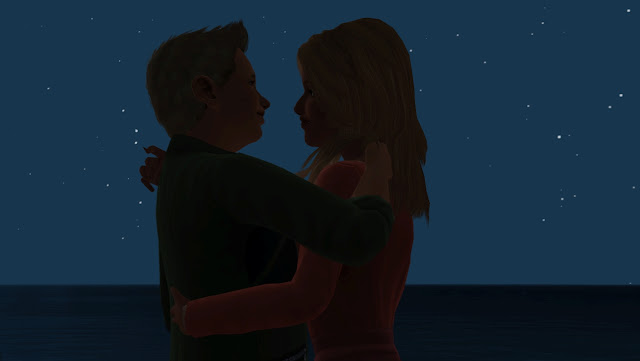 After agreeing to a second date, they share a quick embrace before running home in order to make curfew. 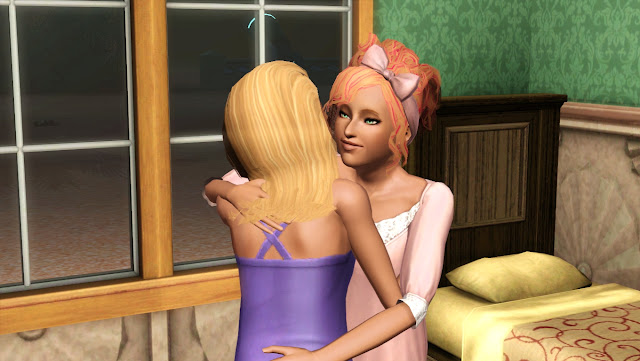 Naturally, her sister is waiting up for her and the two squeal over the details of Tailyn's date. Prom is just around the corner and neither girl wants to attend stag and until now, Abella was worried her twin would have to do just that. Derek had already asked her to go as friends, and she couldn't imagine having more fun with anyone else. 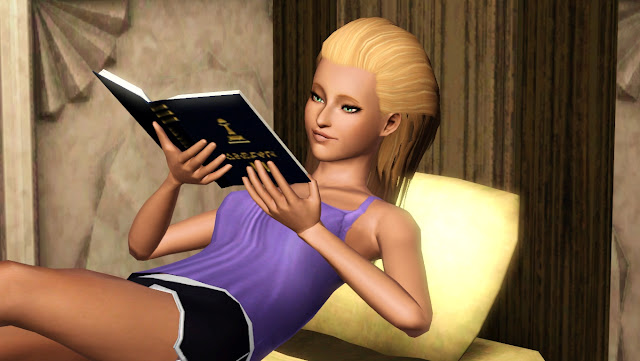 When Abella fell asleep after going through all of the details a thousand times, Tailyn's stomach was still aflutter with what felt like millions of butterflies. Besides her date, the next day is her siblings birthday, and soon after that was prom. There was too many good things happening in a row! Grabbing her favorite class' textbook, she plopped into bed and read until she was solving logic puzzles in her dreams. 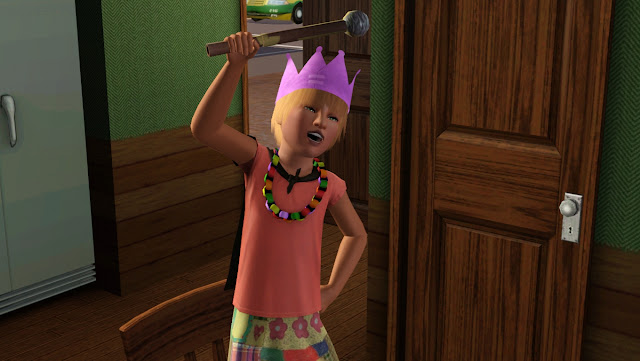 The next morning, the first to wake up was Parris who decided to take advantage of her child status by declaring herself Queen of the household. Shouting at the closed doors, she awaited her birthday cake. 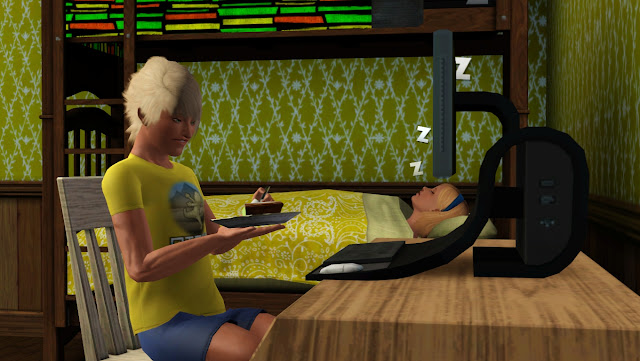 Grumbling at the rude awakening, Kieran grabbed his slice of cake and returned to his room to search the web. The computer had been Rune's childhood birthday gift, but he hadn't shown interest in anything so his gift was due. Already preparing for the worst, he finished his breakfast and started getting ready for school. 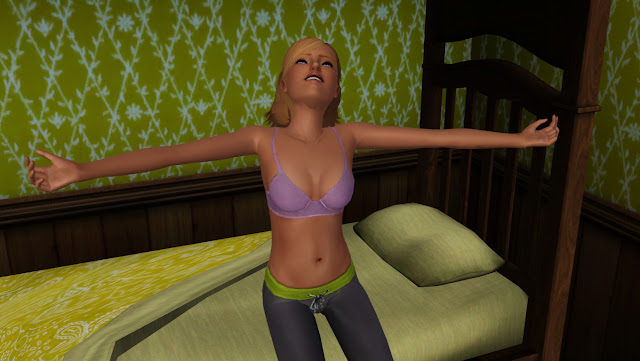 Rune almost slept in on her first day of high school, but woke up feeling super refreshed anyway. She had an extremely positive outlook on life, and she wanted nothing to change that. The only thing that could go better would be to finally get along with her twin the way her older sister's did. 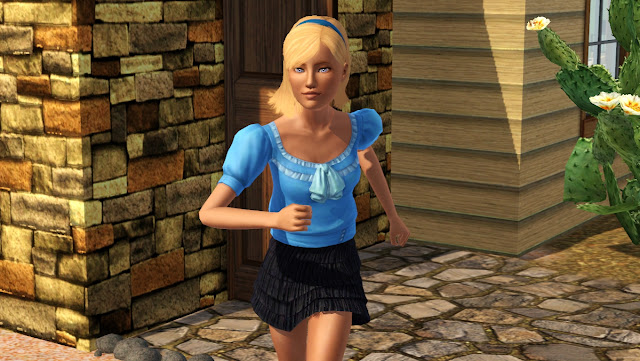 Rushing out the door minutes later to catch the bus ontime, Rune was already contemplating her next practice novel about entering high school. She'd be sure to keep her eyes and ears open for any potential stories ideas today.

UGH. Already soooo so sick of Lucky Palms that I've made up a story in order to make their move to a new town plausible. I've been setting up the new town's population and building their legacy house for a while now when I get a moment out of RL. Trying to buy a real house is taking up most of my free time unfortunately.

I think I'm going to jump aboard the band wagon of not revealing rolls until they've come to pass! Such a good idea :) This generation has met all of their goals, Perfect Careers (Byron just got level 10 of the culinary career and Hailee is level 8 in Gardening but she's maxed her skill.) and they both roll so many wishes relating to cooking certain meals or growing certain plants its ridiculous so I'll be happy when the next generation takes over and they no longer have to "live their traits". Obviously they're a couple and have 5 kids so they're golden. Next gen should be fun though :)
Posted by Maddie at 7:17 PM 1 comment:

This blog consists of a Sims Story based on the rules of the Random Legacy Challenge.
If you're interested in trying out this challenge, the rules can be found here and an ongoing discussion where you can ask questions, assist with adding/changing/removing rules, or talk about whatever you want is located here.